Candice Kumai Is Embracing Her Imperfections

After decades in the public eye, the former ‘Iron Chef’ judge and wellness author is striving to help her followers and be true to herself. ByShannon Barbour 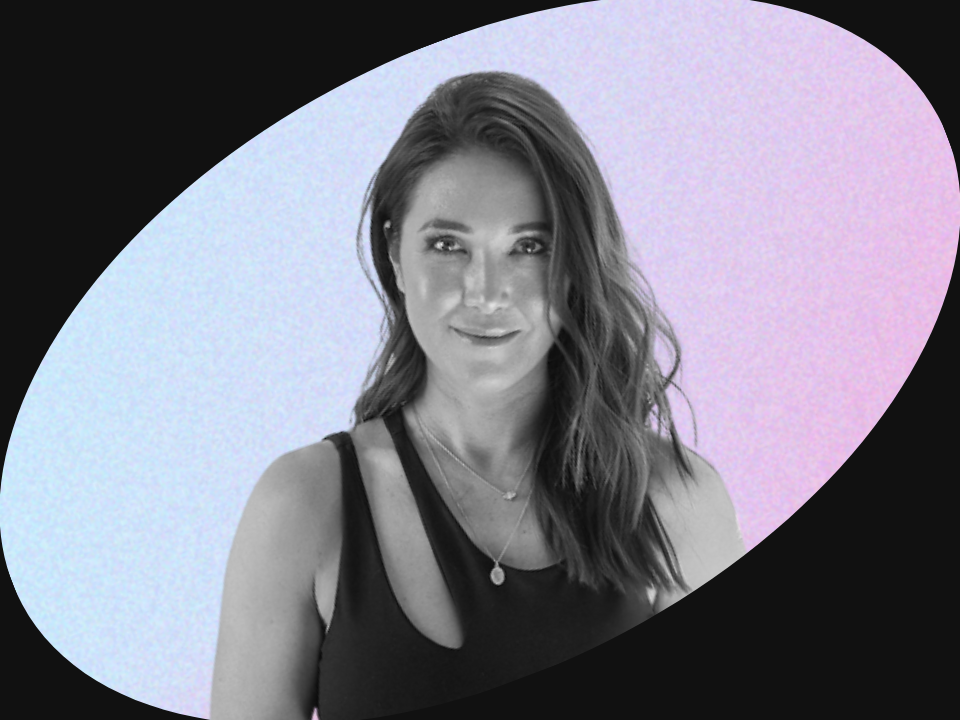 As someone who's been in the wellness space for more than 15 years years, Candice Kumai is thinking a lot these days about how to break through the hype and the fluff that the industry throws at us. That can be easier said than done, especially when you’re trying to be as candid as possible while guiding people on how to be their best selves. It’s a tricky balance, but the Kintsugi Wellness author and former Iron Chef judge is ready to “let all my demons out” as she enters the next stage of her decades-long career in the public eye. Here, the chef talks all about embracing her imperfections, learning from the darkness, and not taking the B.S. out on her friends.

Candice Kumai: After my pet passed in June, I had a realization that I had her for 20 years, and I sort of used her passing to help me get through the last few months and to also really value what she gave to me. [I also realized] that she's always going to be with me, so there was this really weird sense of almost relief and comfort that she passed on. It makes me feel like we should really learn to embrace the love that we have in our lives when we have it. I've really started to realize that I have it great, I need to celebrate all the wins, and I need to share that with others more and more consistently.

WM: What's something that's had the most significant impact on your mental and emotional health?

CK: Talking to friends has been a key component to staying well. … I will say you must choose your friends wisely. I still have friends from diapers, junior high, high school, and college. I really cherish those girlfriends because they know who I was way before TV or books. They’ve seen me on my worst days. I sometimes say [to] find the friends that value you on your worst days, not on your wins, because they've seen the dark side. They really know who you are. Sometimes you have what's called a fair-weather friend, and I just learned after 10 years in New York that I didn't want to waste any more time giving to those who didn't value the honor of friendships. That's something I've kept really close to my heart. I have immigrant parents—my dad's from Poland, my mom's from Japan—and they're very hard on me, so the friendships that I have in this country are so valuable.

WM: What's something that helps you maintain and prioritize these friendships through the years?

CK: I don't take my shit out on my friends, which is another thing I've learned over the years. I talk to a therapist, I meditate, I’ll write what I'm grateful for at the end of the day (even if it's just scribbles), and I exercise a lot. You have to find other ways to channel the shit in your life. Then, you give your friends as much joy as possible. There is a fine medium where sometimes you do have to tell them, “I'm hurting. I'm depressed. I'm anxious. I'm scared. I need you right now.” … It's all about reciprocation because it tends to come in an ebb-and-flow form. So [it’s] trying to be a better person, but also knowing that we all have our bad days.

WM: What has working in front of the camera and in the public eye for much of your life been like for your mental health?

CK: I haven't had a regular series, like many of my friends have been blessed with. I had written a stack of seven books (the seventh comes out next year in 2023), but I have felt overlooked for most of my career. I do think it is very possible that minority females get the grunt of a lot of the work; we see the same consistent white male chefs all over TV.

Most people would never guess I was diagnosed with depression and anxiety in high school. … You never wanted to talk about it back then. The doctor just wrote you prescriptions and sent you away. I'd sit in therapy sessions and not really understand what the doctor was trying to say to me other than I was a bad person because I was a wild, bad, undisciplined kid. I was really smart and talented with hands-on projects, like cooking, crafting, artwork, singing, and dancing—give me anything artistic and I'll blow your socks off. Academically, the only place where I’d shine was writing. So I grew up thinking that I was really dumb. Nobody looked like me growing up in San Diego, so I also felt like I never belonged—I was a mixed kid with a long Polish last name.

Then when I stepped in front of a camera for modeling at a very young age, and then later TV hosting and writing as a food editor and journalist, I decided that I would have to use those things that I got made fun of as a child, like being Japanese. I used them to my advantage because it was virtually all I had. I had to find that really tough part of my inner gut and say, “I'm gonna stick to this because my Japanese mother and my Polish father would want that for me. My grandparents both survived World War II in Poland and Japan—they would want that for me.”

We are essentially living our ancestors' dreams. And then you come to a place where you're like, well, I better live the most vibrant and helpful and useful life possible. … Don't think for a second that the person in front of the camera isn't suffering somewhere inside. In Buddhism, we know that life itself is suffering, and we have to find ways to manage that because we're all going through our own battles.

WM: Your Wabi Sabi podcast is focused on healing and embracing imperfections. How has that philosophy influenced your approach to mental health?

CK: I'm excited to let all my demons out over the next few years, because for 20 years I put on because that was my job. There's so much calculation and preparation for the shows I’ve been on, like the TODAY show and as a judge on Iron Chef. I run my own production company as well, so we are hyper-aware and hyper-focused on being as perfect as we can be. That is also a side effect of being raised by a Japanese mother who told me that her golden standards will always be there and she will never, ever waiver. Now, that's not really true because when the doors close, my mom and I are in pajamas with no makeup, laughing all day, being weird, and talking about Japanese cartoons. We are not perfect.

The podcast did surprisingly well because nobody understood my most recent book, Kintsugi Wellness. The [cover shows] Japanese golden cracks from an art form that's about showing people who you really are. The podcast was based on sharing the real side of what I have gone through in 20 years of publishing, media, TV, and being a journalist. I look so fabulous, but that is so calculated [laughs].

I don’t want to say I knew what I was really doing at 22, ’cause I did not, but I will tell you that 20 years later, I'm still struggling with how to be myself and be presentable and still be the most authentic version of me while sharing how to improve your lives. That includes exposing that I'm not perfect. I have demons.

I had many addictions for the last 20 years, and I actually write about that in my next book, Spirited. I'll tell you about the Rolodex of men and the sleeping pills and the unbelievable parties we used to throw. It was the time of my life, but I also spent many dark days in bed with the covers over my head, or I would virtually blackout during the middle of a workday. I knew that something was wrong when I started to realize I had some major addictions to reveal and to learn to manage on my own.

WM: What helps you work past them?

CK: When you hit rock bottom or you realize that you're not mentally well, you have a choice to go down the rabbit hole and end up in a bad position. …I think about these old friends of mine as well; I think about what we went through together.

It was up to me to take care of myself, which, physically, I did. I worked out, I had fabulous hair, makeup, looks, all of it. But the inside did not match the outside. [There’s a Japanese saying that’s], “Wow, you are the reflection of your health.” I played that role for so long, not exposing how dark the breakups were, my financial problems, never feeling like I was good enough. [I had] so much resentment that I filled a journal of 77 people that I resented when I did a worksheet. … Like, “This person did this to me. I never made it because of this person. This person held me back.” The list can be 77 people long, but you're still right where you are, and you still have to know that everybody has a battle and demons. I learned from the darkness the most. I did not learn from the light, and that is where a lot of my work now is gonna be revealed over the next few years.

WM: If you were to talk to yourself like a friend, what would you say to yourself right now?

CK: Candice, you're doing better than OK; you're doing fucking fabulous. You became the woman that you always dreamed of. … I would remind myself to stop and be here now, as Ram Dass says, and really enjoy every moment like it's a blessing, 'cause it is.