How to Tell If Your Disordered Eating Is an Eating Disorder

JSYK, both are a big freaking deal. BySam Brodsky 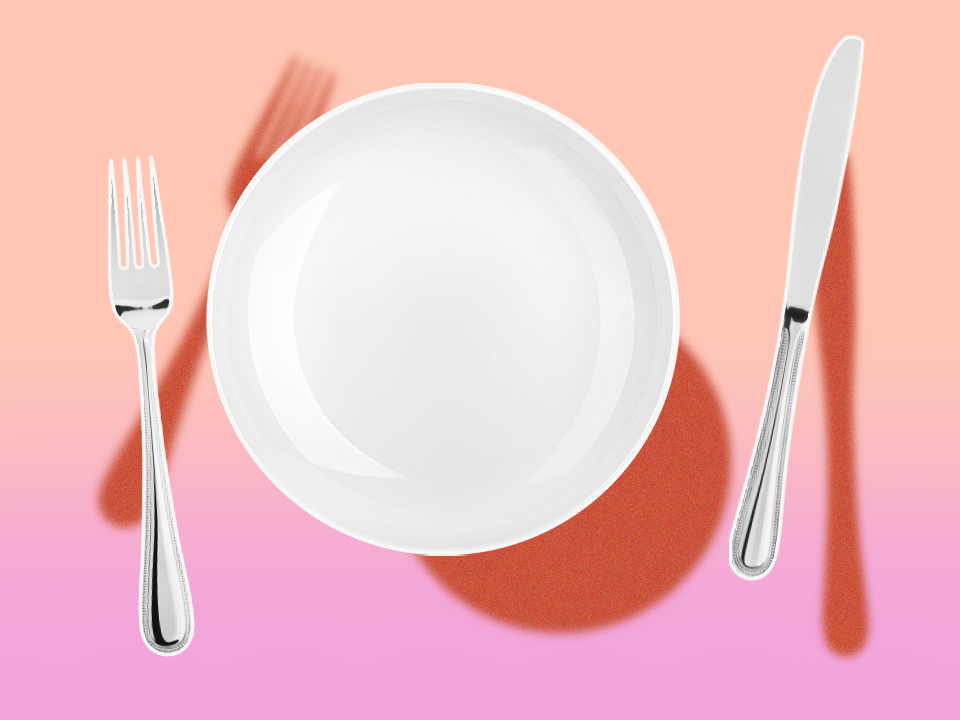 If you’ve ever named a workout playlist something that would bully you into getting sweaty, welcome. Those who’ve downloaded calorie-counting apps and spent at least 20 minutes logging a single meal because you had to find the caloric content of a specific restaurant chain’s salad dressing, hello to you too. And to the ones who only eat carbs for breakfast if you did a.m. cardio, I see you.

In elementary school, I used to climb up on my kitchen counter to check the fat content of my snacks after hearing my gymnastics coach shame other gymnasts’ bodies.

These aren’t necessarily disordered behaviors per se, but the amount of time and mental energy this kind of stuff steals from your life might make you wonder, “Do I have an eating disorder?” Still, diet culture—and the companies that make billions from its existence—would have you believe that these are very non-problematic ways to ~stay in shape~ or even “get healthy.” (Sigh.)

Yeah, there’s been some headway to challenge fat-phobic culture, but the “message that what we look like and our weight and our shape are the most important things about us and that there's always something to fix when it comes to our bodies” remains constant, says licensed psychologist Christine Peat, PhD, a fellow in the Academy for Eating Disorders and director of the National Center of Excellence for Eating Disorders. “[Diet culture is] about becoming smaller. ... It's about being afraid of bodies that don't fit a particular template.”

So, with this message coming at us from all of the places, it can be tough to know whether your relationship with food is problematic (aka disordered eating) or even a diagnosable eating disorder. And while both can damage your well-being, there are a bunch of factors mental health pros use to determine the difference between the two. Here, we get into all that, plus how to get help regardless of your diagnosis.

What is an eating disorder?

If you have an eating disorder, your relationship to your body or eating (or both!) can trigger “severe disturbances” in your behaviors, thoughts, and emotions around food, according to the National Institute of Mental Health (NIMH). Those “disturbances” could make you avoid doing things you normally like to do or people you like to hang with, according to the National Eating Disorders Association (NEDA).

For example, according to the NEDA, people with anorexia nervosa, who restrict what they eat, can be hyper-focused on nutrition labels. That can make eating things without a label so stressful that they skip dinners out with friends or make excuses to avoid grabbing an impromptu lunch with coworkers.

No matter what the diagnosis, an eating disorder makes the stress of food so overwhelming that it impacts the way you show up at home, work, or with your friends, says certified eating disorder specialist and licensed clinical psychologist Andrea Kulberg, PhD.

FWIW, it’s common for people to experience eating disorder symptoms, like being super calorie restrictive or following arbitrary food rules, without 100% fitting the Diagnostic and Statistical Manual of Mental Disorders’ (DSM-5-TR)  criteria for disorders like anorexia, binge eating disorder, bulimia, or others. Sometimes people have symptoms of multiple eating disorders or  symptoms of one disorder that show up less often than the DSM-5-TR  lays out, Dr. Peat explains. When that happens, they could be diagnosed with other specified feeding and eating disorder.

What is disordered eating?

Disordered eating isn’t a diagnosis. Instead, it’s things people do to “create an illusion that they can manipulate the body a certain way” when they’re anxious about how food affects their bodies, says Dr. Kulberg.

I used to do extra crunches if I ate “too much” and throw myself a party in my head for eating less before gymnastics practice. In the early stages of my time as a gymnast, I viewed a lot of food as “bad,” like those snacks with fat in them I mentioned earlier. That was all disordered eating.

Though disordered eating can turn into an eating disorder, that doesn’t happen to everyone, says Dr. Peat. My own disordered habits came and went in waves, and I still get that voice in my head telling me certain foods are a giant “no.” Still, the restrictions (thankfully) tapered off before I was a teenager.

Different factors can up your risk of developing an eating disorder in the long run. For one, genetics, since eating disorders run in families, according to the NIMH. Life stress, like getting a new job or going to college for the first time, and trauma can worsen disordered thoughts and behaviors around food, which could turn into an eating disorder, says Dr. Peat. If you didn't have regular access to food in your home growing up, that can also set you up for patterns of binge eating or restricting, she notes.

How can I tell if I have an eating disorder?

Even though we have our own intuition, sometimes we can’t see all of the things impacting our bodies and minds, says Dr. Peat. So the only way to know for sure if you have an eating disorder is to get an official diagnosis.

For doctors and mental health pros, the biggest sign that your disordered eating habits are an actual condition is how much they impact your life. For example, plenty of people tend to reach for food when they’re stressed and want to feel better—this is disordered eating that Dr. Peat calls “emotionally dysregulated eating.” But, if you also start feeling out of control when you eat and stop eating in front of friends and family (and anyone else) because you’re ashamed, you may be moving into eating disorder territory, she explains.

Mental health pros also look at how often someone’s doing these behaviors, says Dr. Peat. Symptoms of anorexia, bulimia, and binge eating disorder have to happen consistently for at least three months in a row to meet eating disorder status in the DSM-5-TR.

FYI, how much you weigh is not  a good indicator of whether you have an eating disorder. Though the DSM-5-TR  still points to “significantly low weight” as one criteria of anorexia, not everyone with that eating disorder looks this way, says Dr. Peat. Unfortunately, because of doctors’ biases, people in bigger bodies with anorexia often go undiagnosed, according to the NEDA.

How eating disorders and disordered eating are treated.

There are inpatient and outpatient programs (check out this national database) where people with eating disorders work with a therapist, dietitian, and sometimes a psychiatrist, Dr. Peat says. Plus, a person might also get their general practitioner involved to monitor their physical health, since eating disorders (and disordered eating as a whole) can take a toll on your body, she adds.

If a program doesn't work for you or you’re dealing with disordered eating, individual, group, and/or family therapy sessions can help too. Those sessions tackle any mental health issues happening alongside your eating disorder or disordered eating and enable you to change your thoughts and behaviors associated with food, Dr. Peat says.

In this Article:
#Health#Stress#Anxiety#Disordered Eating#Eating Disorders#Body Image
Want more mental health advice and relatable reads? Join the club! By subscribing to our email newsletter, you agree to and acknowledge that you have read our Privacy Policy and Terms and Conditions.
More Like This
Akintoye Asalu Opens up About Panic Attacks, Anxiety, and Making Life Less Complicated
How Kendall Toole Shows Up When She's Not Feeling 100%
How to Deal With Panic Attacks While Traveling (From Someone Who Knows)
Keep Reading
Q&A

How to Deal if You’re Not Drinking This Holiday Season Step one: Find your people. 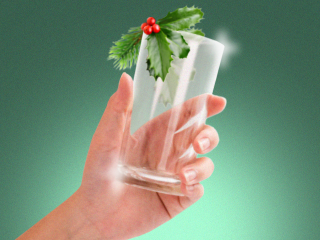