I’ve weathered enough storms and come to understand myself and this condition so much better. ByBrielle Diskin 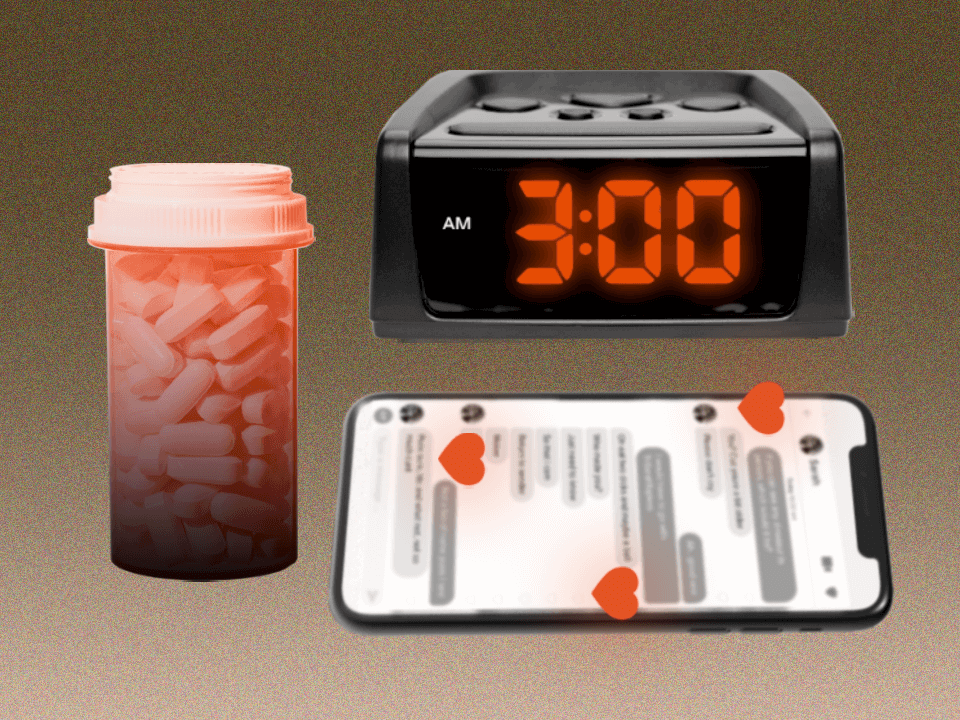 Dating, like any noble pursuit, is best approached with honesty and bravery. But as someone who lives with bipolar disorder, ashamed of the mechanics of my mind, sometimes I find it’s easier to avoid honesty and hide in the shadows of shame—at least for now.

ICYMI, bipolar disorder causes dramatic shifts in a person’s mood (see: mania and depression), energy, and ability to function. There are a few different types of bipolar disorders, depending on the severity of your symptoms as well as how often and how long they come up. With bipolar II, the type that I have, a person goes through patterns of hypomania (a milder form of mania) and depression.

I was diagnosed in 2014, when I was 17, after my family and I grew concerned with how I behaved and my frequent outbursts, mood swings, racing thoughts, and recklessness. Now, at 25, after years of cycling through doctors and doses, I am finally in a comfortable place with my treatment.

On a first date, you wouldn’t know I live with bipolar disorder.

That's because bipolar disorder is often an invisible disability even though it can also be a debilitating one. Instead, you’d just see that I have a fulfilling full-time job, financial independence, and an active social life. I work out, eat well, and I even have a morning routine that involves yoga, journaling, and ~hot lemon water.~ It’s annoyingly That Girl, I know. But you also wouldn’t know because, ever since my last breakup, I haven’t told anyone I’ve dated that I have bipolar disorder.

Before then, I proudly wore my diagnosis on my sleeve. To me, it felt like a personality trait that made me unique. In sharing, I felt like I was breaking down stereotypes and defying the stigma-riddled feeling that it was some shameful secret. But after a series of relationships where my condition was often used to dismiss my feelings and oversexualize me, it became clear just how damaging the stigma around bipolar disorder still is.

When I fall in love, or merely develop a crush, I melt into that person.

I give them everything and save little for myself. Turns out, some aspects of falling in love could actually trigger mania for some people with bipolar disorder, says David Miklowitz, PhD, a professor of psychiatry at the University of California, Los Angeles. That can mostly be chalked up to changes in your routine that can be both delightful and disruptive.

I'm sure most people can relate to this on some level—when you're in that fun and exciting stage of a new relationship, your routines get thrown out the window in favor of impromptu dates and late-night phone calls. But for people with bipolar disorder, routines and regularity can be pretty crucial to managing the condition, explains Dr. Miklowitz. That’s especially true for your sleep schedules since sleep disturbances can worsen symptoms of bipolar disorder for some people. For me, the start of a relationship can bring on overthinking and under-sleeping, both of which make it harder for me to balance my moods.

From personal experience, I can confirm that relationships of all kinds can affect—and be affected by—a mental health condition like bipolar disorder. So, maybe it’s not surprising that my last serious relationship was a disaster. I ended up disclosing my diagnosis the first time we spoke. Taken over by the whole I’m-not-like-other-girls thing and thinking he’d decide I was some sexy enigma, it just slipped out. As soon as I heard myself say it, I felt like I probably should have given that disclosure more thought. I figured it was something people don't casually come out with, but I was still following that defiant feeling that makes me feel powerful. Immediately, he revealed his own mental health struggles, and it gave me a sense of relief. I thought, Wow, here's someone who could understand.

Dating someone with bipolar disorder means being there for both manic and depressive episodes.

Shortly after we made our relationship official, things started getting serious. Falling in love triggered a new hypomanic state for me, which, at first, he seemed to love. (My exes all have.) It’s exciting and euphoric to be with someone who is so elated about life, ready for spontaneous day trips, to party every weekend, to cook restaurant-level five-course dinners, and spend hours sharing my thoughts on everything from French new wave films to Beyoncé lyrics. He called me the most positive, bright person he’d ever met and expressed his gratitude for the burst of light I’d been for him.

Then there were the physical aspects of our relationship. While it was never explicitly said, I felt like sharing my bipolar diagnosis enabled a narrative he created about me. One of an energetic, manic, “mysterious” type of girl. (It’s a stereotype I’ve heard before. I even once had a therapist  tell me that bipolar women were the sexiest.)

This recurring narrative made me feel like an object. Then the relationship got dark, and I got quiet. When I tried to share what I was going through or when my sex drive left during those unavoidable depression periods, he seemed angry, disappointed, and made me feel like I was betraying that initial “down for whatever” persona he first fell in love with. No matter what, it always felt like my diagnosis was being used against me and was to blame for everything that went wrong. Now I realize that whether or not you live with a mental health condition, a partner should accept all of you, even the “less fun” parts, and listen when you confide in them.

The manic and depressive states can make it hard for people like me to feel grounded and trust their own emotions in an intimate relationship, says therapist Melanie Shapiro, LCSW. And this tracks. There was a time, particularly in that   relationship, where I thought being attached to someone would solve all my problems. I thought relationships made you whole and meant you were happy. But this thinking diluted my gut feeling that things weren't going well, and I wasn’t comfortable with speaking up when I did have an urge to. Part of that came from being scared to be alone, afraid of how being single would force me to be alone with myself and deal with a mental illness that I still didn't understand.

And then there's the worst fear people have disclosing a diagnosis: that we'll be labeled "crazy.” Yeah, that happened too. I trembled with shame and embarrassment, and it reinforced the feeling that I’d always be judged because of this condition. From then on, I decided to stop telling casual dates and acquaintances about my diagnosis until I felt absolutely sure I could trust them.

But I know that I need some security before I do. “For people who struggle with mental illness, it's always better to share when you feel comfortable and ready,” says Shapiro. Still, I know that if I wait too long, a partner could find out about my diagnosis before I'm ready if they spot my medication or inevitably witness me having an episode, lying on the bathroom floor with the lights off for hours, ghosting them for days at a time, or talking obsessively and overthinking.

Of course, there’s no one-size-fits-all answer to how disclosure conversations should go, Dr. Miklowtiz says. That would be too easy, right? But I’ve recently found power in starting to disclose my diagnosis to new friends again. At first, it was terrifying. I worried that no one would look at me the same ever again. Sometimes I get the “Oh, that makes sense” response. That used to tick me off, but now I find a certain satisfaction and freedom in people knowing where my head is at. I do exhibit bipolar symptoms, and it feels better when loved ones know why. It also opens the door for sharing what I’m going through and building a larger support system.

The idea of opening up again is scary. And I won’t lie: It has held me back and made me reluctant to date. But I’m a romantic who doesn’t want to live my life in the shadows, afraid. I’m ready to step out and be brave with the knowledge that some people might not be worthy. Not everyone will be open-minded, but I feel more prepared now to deal with whatever reaction I get. I’ve weathered enough storms and come to understand myself and this condition so much better. In fact, I’m starting to feel like disclosing doesn’t scare me as much as giving into the stigma does.

In this Article:
#Confidence#Bipolar Disorder#Mania#Hypomania#Sleep#Dating#Depression#Therapy
Want more mental health advice and relatable reads? Join the club! By subscribing to our email newsletter, you agree to and acknowledge that you have read our Privacy Policy and Terms and Conditions.
More Like This
How to Tell If Your Disordered Eating Is an Eating Disorder
Akintoye Asalu Opens up About Panic Attacks, Anxiety, and Making Life Less Complicated
How Kendall Toole Shows Up When She's Not Feeling 100%
Keep Reading
Explainer