Can We Talk About Intrusive Thoughts?

Everybody has them, but some thoughts can be stickier than others. ByColleen Stinchcombe 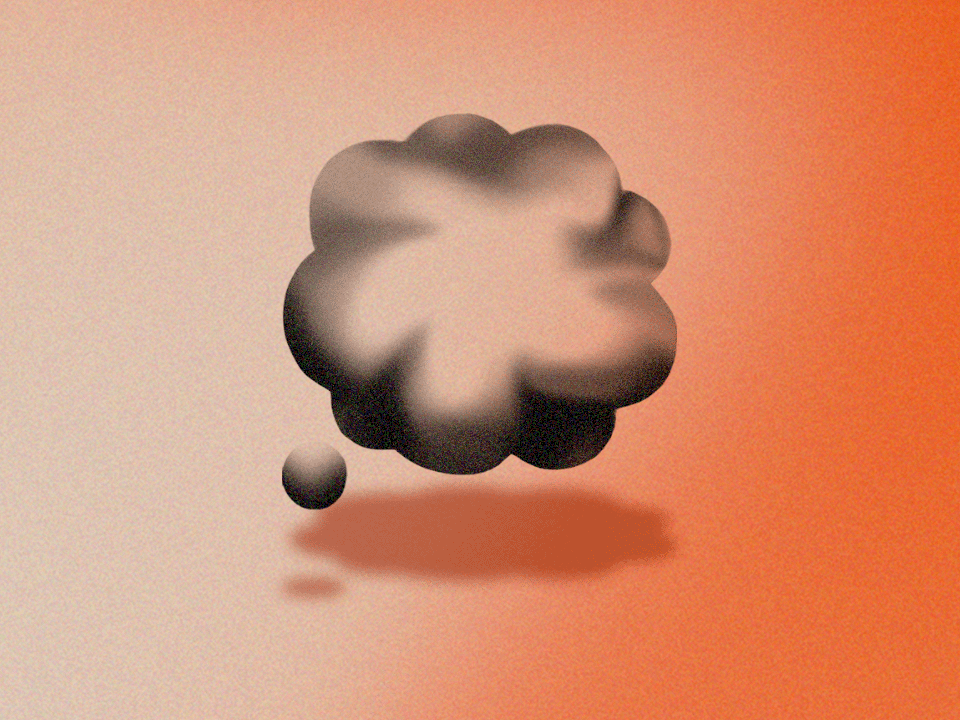 It’s the middle of a blue-sky afternoon and you’re thinking about how lovely the sun feels on your skin when, boom, out of nowhere, you imagine a car crash killing your loved one on their drive home. It’s a terrible thing to think about, and you might be wondering WTF it means and where that even came from. You might even wonder if having these awful thoughts means something about you—if your brain is somehow filled with darker, scarier thoughts than everyone else’s.

These are called intrusive thoughts, and the good news is they happen to everybody. But if yours are really bothering you—maybe even scaring you—here’s what you should know.

What counts as an intrusive thought?

“An intrusive thought is an unwanted thought or image that comes into your head,” says Liz McIngvale, PhD, LCSW, director of the McLean OCD Institute at Houston. “We all have bizarre, weird, intrusive thoughts.”

It can be almost anything—maybe you’re just going about your day and suddenly imagine the city is on fire, or you’re at work and you think about what it would be like to punch your boss (even though they’re perfectly nice). Intrusive? Sure. Normal? Yep.

So hopefully it’s somewhat comforting to know that most people imagine truly gruesome scenarios from time to time (Stephen King has made a whole career out of it). If they’re not bothering you (other than to make you think, Um, WTF was that about?) then there’s no reason to worry about them.

But intrusive thoughts can sometimes start to eat at people. Unwelcome thoughts can be so upsetting that they play a role in several mental health conditions, particularly anxiety conditions like obsessive-compulsive disorder (OCD), post-traumatic stress disorder (PTSD), and generalized anxiety disorder.

“Even though everyone has intrusive thoughts, for some people, they get really stuck,” says Maria Fraire, PhD, clinical psychologist and program director of the OCD Institute for Children and Adolescents at McLean Hospital.

For example, let’s say you think about how gross your keyboard is—but then you can’t stop thinking about it, even after you’ve wiped it down, even after you reassure yourself you’ve been using the same keyboard for years and it hasn’t hurt you before. Or maybe you imagine a loved one dying, and even though you know they’re just down the street, you can’t stop thinking about it and crying.

It’s not the initial thought that’s the problem, exactly. It’s that the thought didn’t float by like the rest of them—it got caught. This is when intrusive thoughts start to be a concern. One way to determine whether intrusive thoughts are a problem for you is to figure out, “how much distress are they starting to cause? How much time are they taking up in somebody's day?” Dr. Fraire says.

These thoughts getting “stuck” can actually happen as early as childhood—which is also a great time to start working on it. “If we catch it early, we can teach them skills on what to do when these kinds of thoughts show up,” Dr. Fraire explains.

But don’t freak out if you’re an adult who is just now realizing that your intrusive thoughts are really effing with your life—there are ways you can learn to manage them too.

Here’s how to cope with intrusive thoughts:

1. Call out the intrusive thought.

It sounds funny, but when it comes to our thoughts, sometimes you’re halfway down the metaphorical road before you realize you’ve taken a turn. Ever thought, Hmm, I’m hungry, and been pulling a snack from the fridge before you realized it? It’s a little like that.

There’s a lot of “what if” thinking in anxiety, Dr. Fraire says: What if this happens, and then this, and then this?! So the first step is working on noticing when you’ve had an intrusive thought. “I think this is one of the areas where mindfulness is actually really helpful even though it's such a buzzword,” she says.

Exactly which mindfulness technique you use doesn’t matter, Dr. Fraire says—maybe it’s deep breathing, progressive muscle relaxation, or guided meditation. Find one that works for you, even if that means trying a few to see what you like. Most mindfulness techniques ultimately focus on bringing your attention to the present moment, rather than thinking in the future or past. This is clutch because being able to return to the present moment will help you recognize when an intrusive thought has pulled you out of it.

The key, she says, is to practice your mindfulness tool of choice when you’re calm, not when you’re already caught up in an intrusive thought. This lets you experience the technique in a neutral setting instead of trying to make it work under high pressure.

As we mentioned earlier, having an intrusive thought isn’t usually the problem. The problem is when the thoughts get stuck. One way they get stuck? Trying too hard to get rid of them.

“A good technique to have with intrusive thoughts is to allow them to come and go as they would normally,” says Jessica Frick, LPC, NCC, counselor at Metamorphosis Counseling in Erie, PA.

When you have a distressing thought, try not to probe at it too much. Instead of thinking, What does this mean? What if it really happens? Am I horrible person for thinking this? or paying it similar attention, try to treat it as a normal thought like any other. “They might hang around for a little while, or they might leave very quickly, which is more often the case whenever we don't fight against them,” Frick says.

3. Talk to a professional if these thoughts are really messing with your life.

The above techniques work more generally for intrusive thoughts, but there are also well-studied treatments for dealing with this symptom in the context of certain mental health conditions. For example, intrusive thoughts that come with OCD might benefit from exposure and response therapy, according to the American Psychological Association (APA).

Exposure and response therapy basically works by ramping up exposure to situations that trigger a person’s intrusive thoughts and helping them tolerate being uncomfortable while the thoughts pass. Meanwhile, they’re being coached by a mental health professional not to engage in the ritual or compulsive response  they’d normally use (like washing their hands or counting their steps). “When we do that, [the intrusive thought] will no longer have power and have weight and it'll go away,” Dr. McIngvale explains.

Another example of condition-specific treatment for intrusive thoughts is cognitive therapy paired with prolonged exposure therapy for PTSD. Cognitive therapy involves normalizing the PTSD response as a coping mechanism while helping to shift your thoughts patterns. Prolonged exposure helps people gradually face their trauma-related memories, feelings, and thoughts so that their thoughts and triggers aren’t seen as dangerous.

The bottom line: Intrusive thoughts are normal, but for some people, they can be disruptive and distressing. It’s totally OK to turn to help if intrusive thoughts are bothering you. The Anxiety and Depression Association of America is a great place to learn more about anxiety disorders and find therapists skilled in treating them, Dr. McIngvale says.

“A lot of times intrusive thoughts can be really scary. They can be very stigmatizing. And so people often don't seek treatment for them because they're afraid of what people think or how will people respond,” she says. “But the great news is there's an amazing treatment for really all mental health conditions and for whatever you're going through.”

In this Article:
#OCD#Therapy#Intrusive Thoughts#PTSD#Generalized Anxiety Disorder#Mindfulness
Want more mental health advice and relatable reads? Join the club! By subscribing to our email newsletter, you agree to and acknowledge that you have read our Privacy Policy and Terms and Conditions.
More Like This
13 Parents on How They Actually Feel About Having Kids
5 Small but Impactful Ways to Feel Like You Have Your Finances Under Control
Everything to Know About Facing Your Fears in Exposure Therapy
Keep Reading
Pro Tips 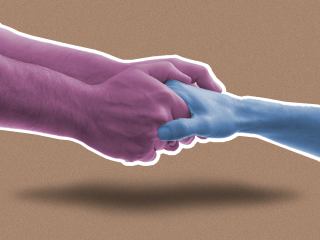