Here’s What Bipolar Disorder Actually Is (and Isn’t)

It's not the same as being moody. ByColleen Stinchcombe 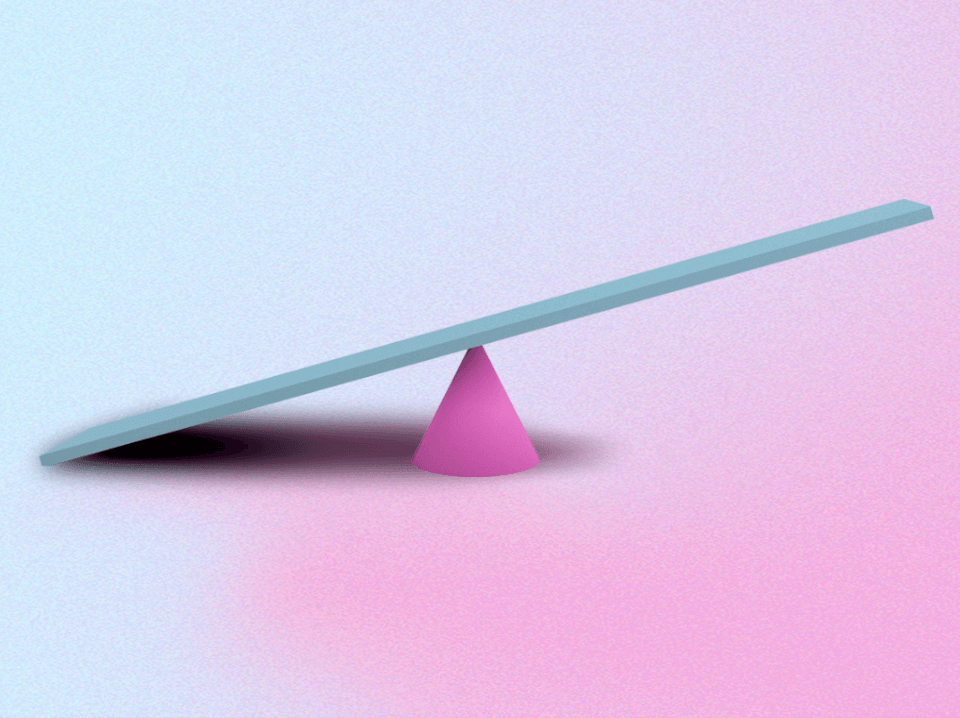 Having ups and downs in mood is a part of life. But for some people, the extremes of these changes in mood are so severe that they may hardly recognize their thinking afterward. For people with bipolar disorder, feeling “up” may cause them to make dangerous decisions or experience hallucinations. And when they’re down, it may feel impossible to get out of bed.

Chances are, you know or will know somebody with bipolar disorder—some 4.4% of the United States will experience the condition in their lifetimes, according to the National Institute of Mental Health. But that doesn’t stop misinformation from spreading. Stereotypes about bipolar disorder include that people with the condition are unreliable, violent or that their behavior is a choice. That isn’t true, but stigma continues to be a major barrier for people seeking treatment for mood disorders, according to a 2021 survey from National Alliance on Mental Illness (NAMI).

So, let’s clear up what bipolar disorder actually is, who it affects, and how to be there for yourself or others who live with it.

One quick thing before we dive into the details: Mental health is complex and everyone has a unique experience, so don’t go diagnosing yourself just because you read a few articles on the internet (though, we do appreciate you stopping by to learn a few things). If this resonates with you, consider it a jumping-off point in your journey to getting care. OK, let’s get into it…

What is bipolar disorder?

Bipolar disorder, sometimes called manic-depressive disorder, causes significant shifts in someone’s mood and energy level. Most people think of bipolar disorder as swings between extreme depressive lows and manic highs, but some forms of the condition can be more subtle, according to Francis Mondimore, MD, associate professor of psychiatry and behavioral sciences at Johns Hopkins School of Medicine and author of Bipolar Disorder: A Guide for Patients and Families. Yep, there are actually three main types of bipolar disorder: bipolar I disorder, bipolar II disorder, and cyclothymic disorder.

With bipolar I disorder, people experience manic episodes and sometimes also depressive episodes. Let’s talk about mania first. Mania isn’t just like a caffeine rush. In a manic episode, you might feel especially wired, elated, or even irritable, with little interest in sleeping or eating. “People have more energy than they know what to do with,” Dr. Mondimore says. They might think faster and speak faster or start to have really grandiose ideas. “They can develop abnormal thinking, such that they believe that they're on a special mission from God or that they've been appointed prophet, that they're going to win the presidential election or find a cure for cancer in their kitchen.”

By definition, bipolar I manic episodes last at least a week (with symptoms going on most or all of the day) or the mania becomes severe enough that emergency hospital treatment is needed, according to the National Institute of Mental Health (NIMH).

Now let’s talk about those depressive moods, which typically last two weeks or longer and can be so severe that even small decisions feel overwhelming. Some people may even experience mania and depression at the same time. “This can be a very dangerous mood because it's a time when people have all of this excess energy but feel very hopeless, so can trigger people into suicidal behavior,” Dr. Mondimore says.

Bipolar II disorder doesn’t have the intense manic episodes you see with bipolar I disorder. Instead, they experience depressive episodes and hypomania, which is a less extreme version of mania. During hypomania, someone might feel especially “up” and productive but more impulsive and reckless with things like their spending or their sexual behaviors. Though there’s still a change in mood and activity levels, it’s a bit less noticeable and there are generally fewer consequences than a manic episode, explains Dr. Mondimore. Later, after the hypomanic episode has passed, people often feel surprised by their actions. “‘I was not myself. I'm not like that. I don't take risks like that,’” people have said to Dr. Mondimore. They might regret the consequences of their choices, but it’s more than that. “The insight that they develop is that they made that decision because they weren't thinking the way they usually think,” he explains.

With cyclothymic disorder, or cyclothymia, patients have periods of both hypomania and depression for at least two years, but the severity of these episodes doesn’t quite meet the definition of bipolar II, according to the NIMH. Oh yeah, and there’s also a bonus fourth type of bipolar disorder referred to as “other specified and unspecified bipolar and related disorders,” which basically means you have some of these symptoms but don’t fit neatly into any of the above categories. As you can see, there’s a lot more to bipolar disorder than most people realize.

People experiencing mania, and especially hypomania, may not recognize that their mood is abnormal. “They often feel like their mind is working extra well, that their thoughts are extra clear,” Dr. Mondimore says. That can make diagnosing bipolar II a challenge, Dr. Mondimore says. Many patients will often recognize their depression but require careful questioning from a mental health professional to reveal hypomanic experiences. And since treatments for depression and bipolar are very different, getting the right diagnosis is key.

How is bipolar disorder diagnosed?

There’s no specific test for bipolar disorder because that would be too easy, right? So if you or those around you are experiencing symptoms of bipolar disorder, the first step might include checking in with a mental or physical health care provider. It’s possible that a primary care doctor will try to rule out other potential causes first, such as hypothyroidism or a reaction to medicine, before referring you to a mental health professional.

People experiencing mania, and especially hypomania, may not recognize that their mood is abnormal. “They often feel like their mind is working extra well, that their thoughts are extra clear,” Dr. Mondimore says. That can make diagnosing the condition—especially bipolar II—a challenge, he says. Many patients will often recognize their depression but require careful questioning from a mental health professional to reveal hypomanic experiences. And since treatment for depression and bipolar disorder can be very different, getting the right diagnosis is key.

It can also be tricky to diagnose bipolar disorder because it shares symptoms with other illnesses. For starters, if you’re only noticing the depressive episodes, you might be diagnosed with major depression first. Or if you’re experiencing hallucinations during a manic episode it may be mistaken for schizophrenia. And it’s worth noting that someone can have more than one mental health condition. According to the NIMH, it’s common for people with bipolar disorder to also experience anxiety, ADHD, eating disorders, and substance abuse.

To diagnose bipolar disorder, a mental health professional will ask about your symptoms, how long they last, how bad they get, and whether you’ve experienced them previously. From there, your diagnosis will depend on things like the frequency and severity of your symptoms. And while it can be understandably stressful to receive any diagnosis, it also means that you’re on the way to learning how to manage it.

Bipolar disorder is most often treated with mood stabilizing drugs, such as lithium or valproate. Both drugs help to prevent both depression and mania, and lithium also helps prevent suicide, according to the NIMH. If lithium brings to mind old images of patients looking like zombies, you should know its modern dosage is much lower, Dr. Mondimore says. And mood stabilizers are a crucial part of treatment. “For a significant number of people with bipolar disorder, lithium is truly a miracle drug. It is necessary and sufficient to keep them well.”

Psychotherapy, patient education, and lifestyle changes can be super helpful in managing bipolar disorder too. But for most patients, these are not enough without medication. “​​I think the most important thing that patients can do for themselves is to learn as much about bipolar disorder as they possibly can so that they understand why medication is important and why various lifestyle changes are important,” Dr. Mondimore says.

A lot of those lifestyle changes essentially come down to creating stable routines in your life. Avoid substance abuse, get enough sleep, and keep life stressors to a minimum, for example. “Staying well is often a matter of identifying all those different risk factors and eliminating them. And, again, medication is important. But that attention to the environmental risk factors is also really important,” Dr. Mondimore says.

Bipolar disorder may be a chronic mental health condition but it’s something you can absolutely manage with the right treatment plan.

In this Article:
#Hypomania#Mood Disorders#Depression#Bipolar Disorder#Mania
Want more mental health advice and relatable reads? Join the club! By subscribing to our email newsletter, you agree to and acknowledge that you have read our Privacy Policy and Terms and Conditions.
More Like This
How to Tell If Your Disordered Eating Is an Eating Disorder
Akintoye Asalu Opens up About Panic Attacks, Anxiety, and Making Life Less Complicated
How Kendall Toole Shows Up When She's Not Feeling 100%
Keep Reading
Explainer