Calling All Indecisive People: Why Are We Like This?

If you’re debating reading this, settle in. ByLaura Hanrahan 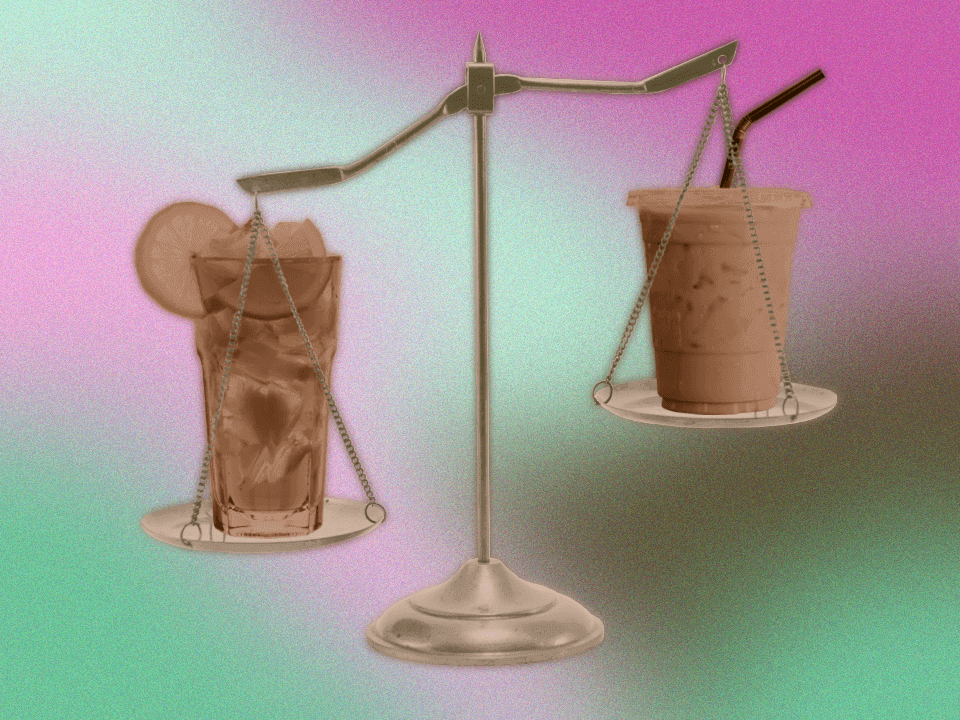 I still remember the first time someone called me indecisive. I was in the seventh grade and a camp counselor told me to write three words to describe myself. My brain went into overdrive, trying to decide which words would be the perfect ones to pick. Nice? That’s bland. Loving? Too mushy. Maybe I could go with athletic—I was on three sports teams, after all. But was that really  one of my top three descriptors? When I finally let out an exasperated “I can’t choose!” the counselor leaned over and offered, “How about indecisive?”

I had zero idea what that meant, but after hearing her explain it as someone who can’t make decisions effectively or in a timely manner, something clicked. I had spent my entire life paralyzed by decisions, procrastinating every choice until the last possible second. Little things like trying on clothes in a store took forever because I would debate whether to buy something. And for big decisions? You better believe I was drafting a lengthy pro/con list and crowdsourcing as many opinions as possible.

Turns out, I’m not alone. Research suggests that 20% of the adult population is indecisive. As much as it might seem like indecisive people were just born that way, it’s not thought to be based on genetics. Or the fact that you’re a Libra. Indecision—or decisional procrastination, as mental health experts call it—is a learned behavior.

So, why can’t we make a decision?

“It's an adaptive strategy,” explains Joseph Ferrari, PhD, DePaul University psychology professor. But it’s a strategy that, ultimately, isn’t very helpful. So where exactly does indecision come from? Well, most research hasn’t pinpointed a reason for indecisiveness, so it’s kinda murky. That said, Dr. Ferrari pointed me to a study that he carried out in 1994, which suggested that in a small sample of college women, indecisiveness was associated with having an authoritarian father. (You know, the type to say things like, “As long as you live under my roof, you’ll do what I say.”) The theory here is that children who grow up in this environment might learn that their choices can get them in trouble, so delaying the decision altogether may seem safer. This was starting to sound familiar.

Of course, this is just one study of 84 college women, so the way you were brought up isn’t exactly the be-all and end-all of indecisiveness. Indecision has also been linked to higher levels of neuroticism (which is when someone tends to feel more anxiety, depression, self-doubt, and just general negativity). People who view the world in this way tend to experience negative emotions in a wide range of situations, including decision making. And one way they can cope with that is by avoiding or delaying making decisions altogether. Research also links both neuroticism and indecisiveness with anxiety, which…tracks. When we’re anxious and filled with self-doubt, it tends to be pretty impossible to make a decision.

Refusing to make decisions also helps indecisive people avoid responsibility or blame. Say you go to the movies with friends and let someone else choose what to watch, Dr. Ferrari says. If the movie is a flop, you don't have to deal with questions like, "Why'd you choose that?" because you’re not the one who picked it.

As Dr. Ferrari explained this, I was instantly brought back to every group chat message I had fired off asking for opinions on an outfit before a date. Every time I got a new job offer and would repeatedly ask my mom to just tell me whether I should take it or not. Every time I had, in fact, gone to the movies and said I was good with whatever because it was easier than picking something someone didn’t like and feeling uncomfortable that they were having a bad time.

The fear of making the wrong choice also weighs heavy on indecisive people. Interestingly, research suggests that when indecisive people are forced to make a decision, they tend to look at a much more limited amount of information, Dr. Ferrari says. For instance, an indecisive person shopping for a car might willfully choose to not do much research so they aren’t drowning in options.  “That sounds like the indecisive was being very strategic and didn't overload themselves,” Dr. Ferrari says, adding, “But…they didn’t make an informed decision. They made an easier decision.” When an indecisive person does slow down to process, that’s usually when an endless spiral of research and decisional procrastination comes in.

I can’t count how many times the latter scenario has happened to me. And apart from the obvious loss of time, it usually leads to consequences worse than what they would have been if I'd just chosen faster—even if choosing quickly had meant not picking the absolutely perfect option. Just last week, while planning a vacation, I ended up paying way more than I should have for train tickets because I took weeks to decide on a time slot, and by the time I got around to actually booking, prices had more than doubled.

Unfortunately, losing money is just one of many negative effects indecision can have. Psychologists Martin Seif, PhD, and Sally Winston, PsyD, explain in their Overcoming Anticipatory Anxiety book that chronic indecisiveness can cause people to miss out on major life events—like if your indecision makes you chronically late or if you just can’t settle on the perfect home.

Here’s how to work on your indecisiveness.

There comes a time when people need to be able to look at a variety of information and be able to stop and realize they know enough to decide already. That may be easier said than done for a lot of us, but there are steps indecisive people can take to become better decision-makers. Spoiler: It has nothing to do with time management. (Chronic procrastinators are fantastic excuse makers, so when it comes down to it, productivity skills don’t really work, Dr. Ferrari writes in his Still Procrastinating? book.)

What can be effective is cognitive behavioral therapy (CBT), which is a type of therapy that can help change the way people think. One CBT tactic is journaling about past decisions, but it has to go beyond simply writing about an isolated choice you made. You also need to write about what happened before and after making the decision, Dr. Ferrari says. “This way they can document and see that when they made the decision, the world didn’t end and life went on.”

Now, about those pro/con lists (a key support system in my life, helping me choose everything from where to go to college to, uh, whether I should break up with a boyfriend). If it seems like you can fill up entire pages and still feel just as torn, you might need to rework this exercise a bit. While (or after) you write down your pros and cons, consider what you view as valuable, Dr. Ferrari suggests. “Maybe one side is shorter than the other, but the things that you listed were much more important to you than the things on the longer end.”

When it comes to extensively researching everything, try to do this in small doses. For instance, if it makes you feel more prepared to study a menu for half an hour before you even meet your friends for dinner, have at it, but aim to limit your options and only decide between a few items. That said, there are other times when over-researching can get out-of-hand, like if you’re at the movies scouring every Rotten Tomatoes review and end up missing every. single. showtime. Or if you’re switching between the Uber and Lyft apps and end up slapped with surge pricing ’cause you waited too long to book.

If you realize you're just spinning your wheels and not getting any closer to a decision, it's time to cut yourself off and realize that getting more information isn't all that helpful and maybe it's time to go with your gut. Only you can determine how much info is enough, Dr. Ferrari says. So if you’re struggling to figure that out, remember that everything doesn’t hinge on this one decision. And if that’s a super hard pill for you to swallow, it’s not a bad idea to bring that up with a therapist.

Once you do make a decision (let’s celebrate that!) it’s important not to look back. If you’ve settled on a vacation spot, don’t go checking afterward to see if you would have gotten a better deal if you’d waited three more days to book. (Trust me.)

Finally, remind yourself that most decisions in life don’t have an objectively right or wrong answer. Six months into a job you might think you made the “wrong” decision if you’re completely underwater all the time, but you never know what this opportunity is leading you toward—or what the alternative decision would have actually been like. Indecisive people have been conditioned to believe that you have to make the perfect choice every time, but that’s just not realistic. In fact, Dr. Ferrari notes that the most successful people in life are the ones who make some mistakes, so don’t be afraid to mess up from time to time because life isn’t perfect—and you don’t have to be either.

Of course this is all much easier said than done, so if indecision is basically ruining your life or your relationships, consider reaching out to a mental health professional. It may seem like a surprising reason to see a therapist, but they can help you pinpoint the thoughts and behaviors that are keeping you from making decisions so you can get back to living your life.

In this Article:
#Depression#Therapy#Stress#Family#Parenting#Procrastination#Anxiety
Want more mental health advice and relatable reads? Join the club! By subscribing to our email newsletter, you agree to and acknowledge that you have read our Privacy Policy and Terms and Conditions.
More Like This
How to Deal if You're Not Drinking This Holiday Season
How to Deal With Panic Attacks While Traveling (From Someone Who Knows)
How to Deal With Weird Food Convos Around the Holidays
Keep Reading
Q&A 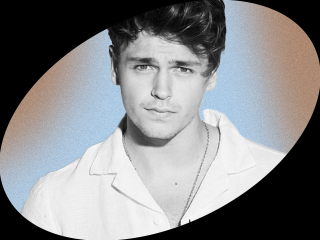 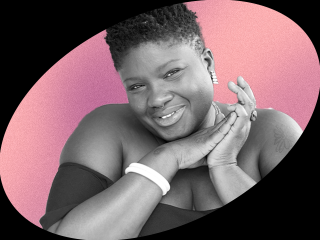