Have You Ever Tried Co-Regulation?

Mind if I borrow your chill? ByMarina Khidekel 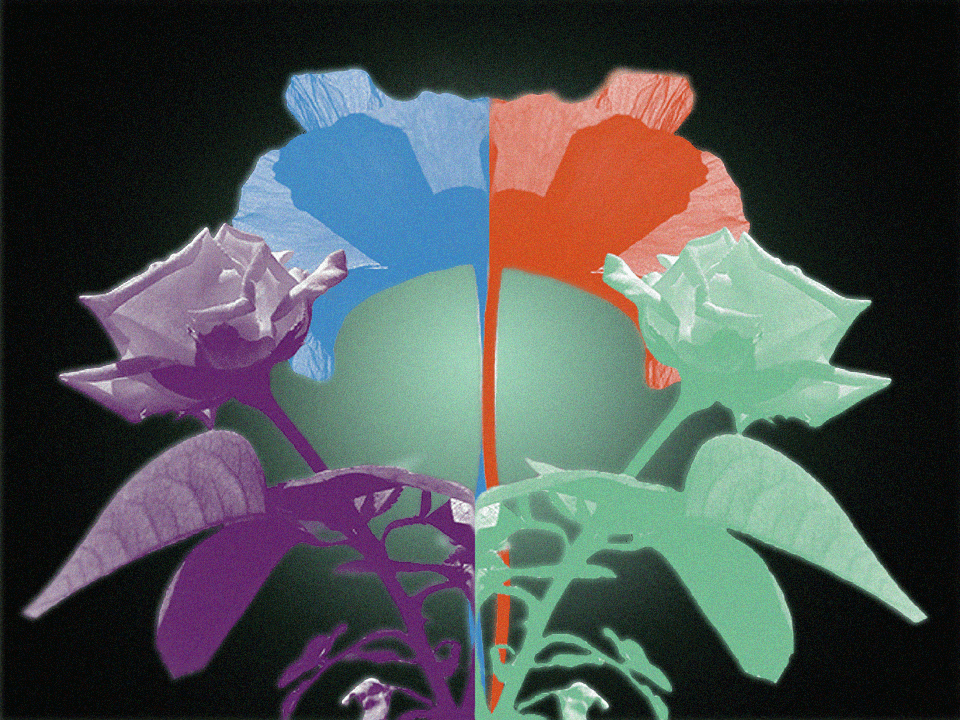 If you’ve ever felt like anxiety or anger or any other big emotion had you spinning out of control—and then a friend’s calm, steady vibes helped bring you back to Earth—you’ve experienced co-regulation (or coregulation).

You’ve probably seen the term floating around Instagram, especially from the parents or parenting experts in your feed. And, sure, co-regulation is a hot topic when raising kids, because kids aren’t born knowing how to regulate their own emotions so they need their parents to model how. But the concept of co-regulation has recently broken out of parenting circles and into more mainstream mental health convos. Turns out, grownups need some help managing their emotions too.

So, what is co-regulation? How does it work? And how can you—a whole adult—actively use it in your life? We asked the pros to break it down.

What is co-regulation anyway?

“The clinical use of the word is to describe a person's ability to regulate their nervous system through the help of another person,” says Minaa B., a licensed therapist, social worker, and writer in New York who is also on Wondermind’s advisory committee.

“A simple way to understand it is in terms of how one regulated system can help another system achieve regulation. I say ‘system’ because humans can co-regulate with pets and even nature,” adds Yolanda Renteria, LPC, a psychotherapist and somatic coach, who specializes in healing from trauma. “It’s important to note that regulation is not about feeling calm or relaxed. Regulation is simply the feeling of being in the present and in control.”

In practice this might look like giving someone a bear hug, holding someone’s hand, talking to someone in a calming tone, or even just sitting with someone who’s spiraling in their emotions, says Minaa B.

Co-regulating can be majorly helpful because when someone is overwhelmed to the point of having a panic attack, or just really anxious—that person's nervous system is out of whack, leading them to be in a state of “fight, flight, freeze, or fawning,” says Minaa B. And it’s hella hard to go from panicked to steady without A+ level self-regulating skills. “That’s where co-regulation comes in. It’s when you use someone's nervous system to heal your own,” she says.

It’s not like the friend sitting with you and helping you regulate your emotions is actually solving your issues—and that’s OK. It’s not even the point. “The role of someone who co-regulates is not to solve a problem. But it is through their regulated presence that they are signaling safety to a dysregulated nervous system,” adds Renteria.

Your mind can actually mirror the person you’re co-regulating with.

When our nervous system is on the fritz, so is our prefrontal cortex. “And we need that part of the brain to be online in order to make healthy decisions,” says Minaa. B. If you’re having a panic attack or are in emotional distress, you’re usually not able to think clearly and logically. In these moments, calling a friend may help you to feel safe and calm you down quicker than trying to do it on your own, she says. ”If self-regulating isn't working, find ways to reach out to a lifeline and get extra help.” If you’ve ever cried/panicked/hyperventilated on the phone with someone until you gradually calmed down, you get it.

Add to that the fact that humans are simply wired for connection—and co-regulation helps us feel connected to someone else. In co-regulation, our brain’s mirror neurons start firing—these are the cells that are activated when we observe someone else doing something or being a certain way, says Renteria. She offers the example of how we tend to match each other’s tone and volume when we’re speaking, and we might even be less afraid in a sketchy situation when we notice the people around us seem chill. “It doesn’t mean that how we feel will completely go away, but it does mean that we are less likely to have completely mismatched responses,” she says.

If you want to put this to a test, Renteria suggests thinking back to the last time you panicked about the possibility of something really bad happening—then you talked to someone about it and that person told you why they didn’t think the terrible thing would happen or why it wouldn’t be as bad as you thought. “It is likely that there was a part of you that was still afraid, but the perception of calmness or a sense of safety in the other person likely helped your system access some ease,” Rentaria explains. Relatable!

If you didn’t learn co-regulation from your parents, you can still learn.

Because kids aren’t born knowing how to regulate, a parent needs to teach the kid how to manage those big, heavy emotions and build healthy and secure attachments—which kids then go on to create with other people as adults, says Minaa B.

“When we think about attachment and co-regulation, we think about the parent/child relationship,” says Renteria. “This is what sets the foundation for how our body learns to regulate.” If growing up, you had a consistently calm, regulated presence in your parents, you likely learned by example to regulate your own nervous system when you get stressed out. If your parents established that even in tough times, things would eventually be OK, you (and your body) probably took those feelings and reactions with you into adulthood. Yeah, life gets bonkers, but you and your nervous system are pretty good at managing that chaos when it pops up and remembering that you’re safe and supported and that things will (usually) work out.

On the flipside, if as a kid you witnessed dysregulation in your parents, then you may not have learned how to cope with those big emotions. “A lot of times the body learns to disconnect, collapse, or shut down as a way to get some relief from the distress,” Renteria says. “So whenever we experience strong emotions, we may feel complete overwhelm followed by shutdown.

If your childhood co-regulation education was lacking, don’t stress. We can absolutely learn these skills as adults too. “When we have a therapist, partner, friend, or family member who feels safe and regulated, we can learn to co-regulate,” says Renteria. “We just have to be patient, since it may take time for the body to learn a new pattern—that even when distress arises, things will be OK.”

The next time you’re struggling to navigate some big emotions, and you’re in the presence of someone safe, try placing a hand on your chest and one on your stomach while paying attention to your breath and how it feels to be next to or talking to someone who feels safe, says Renteria. “Notice their tone of voice if they are speaking and their facial expressions. A lot of times we can regulate in silence by simply being close to someone and noticing how the connection feels in our body,” she says. Physical touch can also be a great way to co-regulate. Try hugging, holding hands, or even just putting your hand on their arm while you relax your body and notice your breath, she says. Honestly, even your pet can be a great co-regulating partner if they bring a calming presence (and like to snuggle).

Remember that co-regulation isn’t a cure-all.

Most of the time, it’s safe to co-regulate if you can be a grounding presence for someone else, or if someone can be that for you. It doesn’t have to be lengthy or elaborate—it might just be telling someone that you’re there to support them and that they will be OK, says Rentaria. Still, “it’s very important to know that co-regulation is not a cure, but a tool people can access to feel more in control,” she says. “Always consult with a professional if your symptoms are severe and/or persistent.”

So, are there any circumstances in which you just shouldn’t  try co-regulating? Absolutely. It may sound obvious, but it’s worth mentioning: “I would not recommend trying to co-regulate with someone who is abusive, harmful, or has a history of making you feel worse,” says Minaa. B. “Remember the goal of co-regulation is to get back to your window of tolerance, not push yourself further out, so who you seek help from matters.” If you’re spiraling a lot lately, and it’s hard for you to stabilize your emotions, it’s a good idea to get help and support from a therapist, she says.

The bottom line: There’s no shame if you didn’t learn how to come down from big emotions in childhood—so many of us didn’t get those skills modeled for us, even if our parents were doing their best. But it’s useful and empowering to know that co-regulation is an option for everyone at every age. And, when you think about it, the concept of co-regulation—healing your frazzled nervous system through the presence of someone’s calm one—is pretty damn beautiful.

In this Article:
#Friendship#Stress#Parenting#Emotional Health
Want more mental health advice and relatable reads? Join the club! By subscribing to our email newsletter, you agree to and acknowledge that you have read our Privacy Policy and Terms and Conditions.
More Like This
How to Deal if You're Not Drinking This Holiday Season
How to Deal With Panic Attacks While Traveling (From Someone Who Knows)
How to Deal With Weird Food Convos Around the Holidays
Keep Reading
Explainer