What’s the Difference Between Mania and Hypomania? 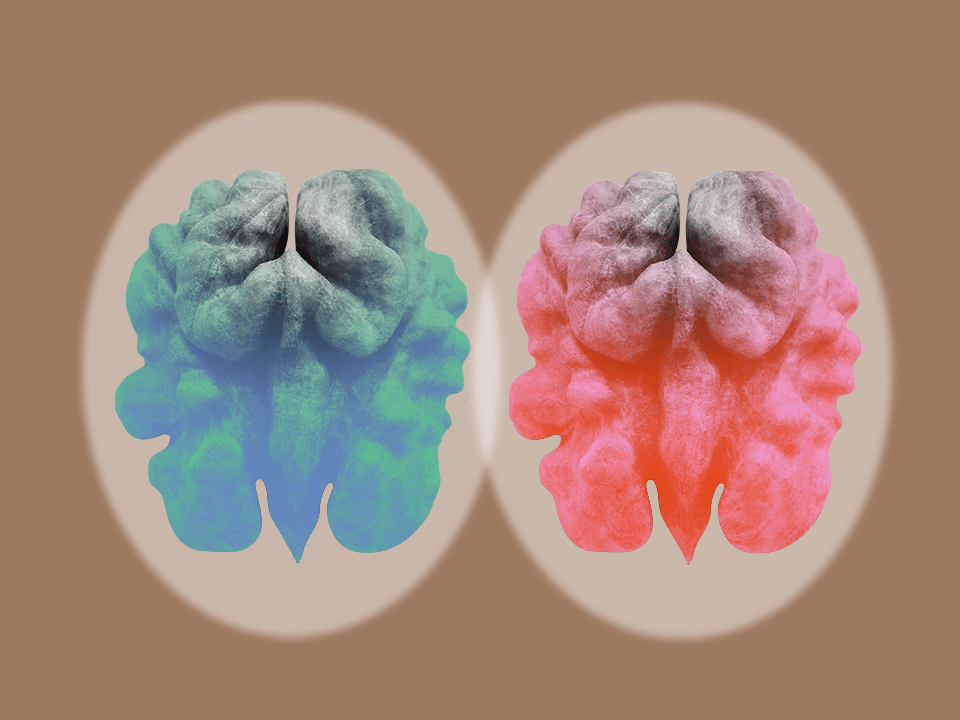 Chances are you’ve heard of mania, a mood state that can make people feel next-level energized or pretty damn irritable. Whether you have bipolar disorder or randomly heard someone mention a “hypomanic episode” in passing, you might be curious about what that means exactly—and how it’s different from straight up mania.

But first, here’s what they have in common: Both mania and hypomania are episodes of elevated or irritable mood where people could have racing thoughts, be super talkative, avoid sleeping, feel restless, and have inflated self-esteem, according to the American Psychological Association (APA). They’re also both symptoms of bipolar disorder and other mental health conditions.

People going through a manic or hypomanic episode may feel uber productive and do impulsive or overly ambitious things, like staying up all night to repaint their bedroom, says Kirsten Bolton, LICSW, a clinical social worker for McLean Hospital. Plus, they might take some serious risks, like randomly spending a ton of money they definitely can’t afford to.

All that said, there are some BIG differences between the two symptoms. Here’s what makes mania and hypomania different, who’s at risk for those symptoms, how they’re treated, and more.

How to tell the difference between hypomania and mania

TL;DR: Hypomania is usually milder than mania, according to the APA. That’s partly because untreated hypomanic episodes are typically shorter than untreated manic episodes, explains Po Wang, MD, Stanford University clinical professor of psychiatry and former director of the university’s Bipolar Disorders Clinic. A hypomanic episode lasts at least four days and a manic one lasts at least a week, per the Diagnostic And Statistical Manual Of Mental Disorders (DSM-5-TR).

On top of that, a hypomanic episode isn’t severe enough to majorly interfere with a person’s social or work life or land them in the emergency room like a severe manic episode can, according to the DSM-5-TR.

Unlike hypomania, severe manic episodes can cause some people to experience psychosis, where they lose touch with reality in the form of hallucinations or delusions. The latter could manifest as grandiose delusions, Bolton explains, like thinking they can win the Grammys even though they can’t hold a tune (sorry). Outside of this, they might make strong connections between themself and the universe, like seeing a Vermont license plate and interpreting that as a message that they should drop everything and drive there ASAP.

There are three main types of bipolar disorder, and knowing whether you’ve experienced mania or hypomania (or both) can help experts point you to the right diagnosis. Mania is a key feature in a bipolar I disorder diagnosis (though you can still experience hypomanic episodes in bipolar I), whereas hypomania is a feature of bipolar II disorder. (FWIW, even though hypomania is a less severe form of mania, bipolar II is not a less severe form of bipolar disorder, according to the DSM-5-TR.)

People with schizoaffective disorder can also experience a hypomanic or manic episode, explains Dr. Wang. It’s worth mentioning, too, that substances like cannabis, cocaine, steroids, and methamphetamines can sometimes trigger mania and hypomania in the general population as well as in those diagnosed with or predisposed to conditions like bipolar disorder, explains Dr. Wang.

What’s more, medical conditions that impact the part of the brain that regulates emotions and impulses may also cause hypomanic or manic symptoms, says director of Yale School of Medicine’s Mood Disorders Research Program Hilary Blumberg, MD, professor of psychiatry and psychiatric neuroscience. These can include multiple sclerosis, brain trauma, stroke, and more, according to the DSM-5-TR.

How hypomania and mania are treated

The best thing to do during a manic or hypomanic episode is to seek out support from a mental health professional. They can get to the root of the issue and prescribe the right treatment or medication, like mood stabilizers or antipsychotics. That said, if you or someone you’re looking out for has stopped eating or drinking or are getting into dangerous situations during a manic episode, it could be worth seeking help at a hospital or treatment center right away, says Bolton.

Meds and therapy aside, Dr. Blumberg and her team at Yale are studying how regulating sleep and daily routines can help mitigate symptoms of bipolar disorder, like mania and hypomania. Dr. Blumberg says this can be an effective treatment option in addition to others like meds and psychotherapy. So, with that in mind, it could be helpful to encourage people dealing with this symptom to get more sleep and/or narrow down all the projects they want to take on, says Dr. Wang.

FYI, after mania plays out, people may have regrets about their behavior, and it’s common to have “varying degrees of lethargy and depressed mood,” says Bolton. That makes sense considering studies suggest 60% of manic episodes happen right before a major depressive one, according to the DSM-5-TR. Same goes for hypomania: Depression almost always follows a hypomanic episode, Dr. Wang says. But, by managing hypomanic or manic episodes with a solid support system and potentially some medication, it’s possible to minimize the impact of those low periods, says Dr. Wang.

In this Article:
#Mania#Hypomania#Bipolar Disorder
Want more mental health advice and relatable reads? Join the club! By subscribing to our email newsletter, you agree to and acknowledge that you have read our Privacy Policy and Terms and Conditions.
More Like This
How to Tell If Your Disordered Eating Is an Eating Disorder
Akintoye Asalu Opens up About Panic Attacks, Anxiety, and Making Life Less Complicated
How Kendall Toole Shows Up When She's Not Feeling 100%
Keep Reading
Explainer