You’re Not Wrong: Friendship Breakups Suck More Than Romantic Ones

There’s no clear-cut framework for getting over a friendship. ByBrina Patel 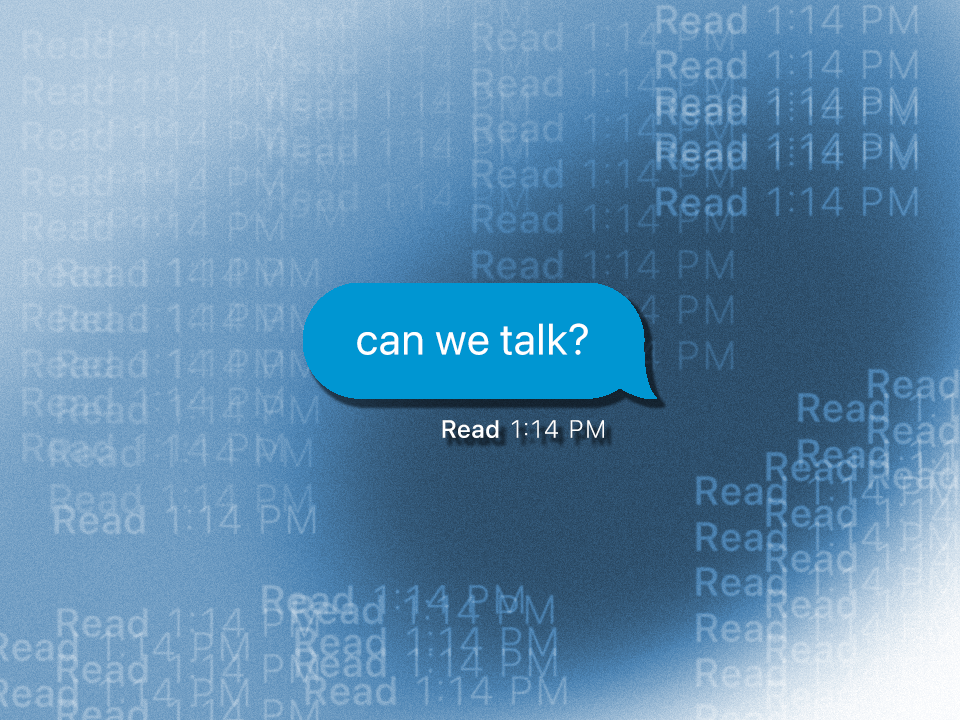 I’ve had my fair share of romantic fallouts. But while those have left me teary-eyed blasting “thank u, next” at maximum volume, they’ve been nowhere near as guilt-inducing or anxiety-provoking as my recent friendship breakup, aka the kind that no one really talks about.

Stephanie* was one of those friends who I could go months without talking to but resumed the friendship right where we’d left off—you know the type. I’d known her since middle school and,  from the angst and awkwardness of adolescence to major setbacks in our mid-20s, we’d weathered it all together.

I started seeing Stephanie in person more often in 2019, when I moved back to our hometown. We’d commiserate over dismal dating app prospects and visit old high school hangout spots. The first few months were lighthearted and fun, but, gradually, things began to feel off. When we were together, I felt like I’d stepped into a time capsule and reverted to my high school self—a self whose values no longer meshed with my current ones.

Our interactions started to feel draining. She had a lot to juggle—between caretaking for her relatives, working a demanding full-time job, and dealing with her own personal challenges. I was happy to show up for Stephanie, being there for her vent to over FaceTime, sending a supportive text, or initiating hangouts when she was going through it.

But all that often came at the expense of fully expressing myself or my needs around her. Whenever I brought up my own struggles, like chronic pain or family drama, I felt like I was minimizing hers. Or, if I had good news, I was hesitant to share it. I realized I couldn’t be myself around Stephanie, that I was afraid to take up space in the friendship. So, I started to question if this friendship was still solid.

"When we were together, I felt like I’d stepped into a time capsule and reverted to my high school self. "

Our culture doesn’t have the same rituals or milestones around the end of a friendship as we do with significant others, like moving out or getting divorces, says licensed clinical psychologist Bethany Cook, PsyD. That’s partly because, unlike romantic bonds, we usually don’t expect our friendships to end—or consider all the reasons that they could.

But friendships do end all the time, and when they start to fizzle out, the feels can be way more complicated than splitting with an ex. Because most of us haven’t been taught that breaking up with a friend is worthy of sympathy, it leaves a lot of ambiguity around how we should feel when one is ending, says clinical psychologist and friendship researcher Miriam Kirmayer, PhD. As a result, we’re way more likely to (endlessly) question what went wrong and worry about what to do next.

I felt this big time. In hindsight, I probably should have ended the friendship there. But I’d known Stephanie for over half my life, so letting go of the relationship just didn’t feel right, something Dr. Kirmayer says is common.

But, this past spring, I began intentionally pulling away from Stephanie, taking longer to respond to texts and making excuses when she asked to hang out. She picked up on my unspoken boundaries, but her “I miss you and love you” texts became more frequent. I know that my lack of communication wasn’t the most effective, but that’s another thing that makes friendship breakups more difficult and confusing: You don’t usually call out how the person is bugging you as much as you would with an S.O., Dr. Kirmayer says. Cue me feeling like the biggest jerk.

"But I’d known Stephanie for over half my life, so letting go of the relationship just didn’t feel right."

When I confided in my therapist, she told me that instead of ghosting or gradually distancing, which might be the most common way to break up with a friend, according to Dr. Kirmayer, I should face this head-on to give both of us a chance to say what’s on our minds. That idea was terrifying.

Over several therapy sessions and countless nights mulling over the situation, I drafted a text, telling her how I was feeling. “I know I’ve been distant these past couple of months, which I’m sure you’ve picked up on,” it started. “But I want to be honest with you. I haven’t had the full bandwidth to devote to this friendship and to show up fully and genuinely. I want what’s best for you, and it’s not my intention to create any hard feelings between us. Know that I’m here if you want to talk about this.” I know text breakups are generally frowned upon (depending on who you’re talking to), but I decided that texting was the healthiest method for me and matched my dynamic with Stephanie at the time.

My rational side knew that I’d said what I needed to say and the rest was beyond my control. So I didn’t expect to be hurt when one, two, three weeks went by without a response, or when she unfollowed me across all social platforms—even Goodreads. I also couldn’t shake the resentment and self-criticism I felt.  I’d given away so much of my time and energy and let things continue for so long despite signs that the friendship wasn’t working. This was a new feeling for me since I’d always voiced any issues I had in past relationships. I felt an unfamiliar sense of disappointment and shame because I didn’t speak up sooner. I still haven’t heard from her to this day.

As much as I wanted to move on and let the friendship float off into the past, something I could easily do by blocking an ex, I couldn’t shake the pain I felt. For one thing, our friendship seemed to have evaporated. I know that was kind of the whole idea behind the friendship breakup, but hear me out: One moment we were in one another’s lives and the next we weren’t. It was more jarring than I expected. Memories of senior prom, getting tattoos together, and weekend beach getaways kept popping up in my mind, filling me with sadness and guilt. Dr. Kirmayer says it’s common to feel like a failure and like a jumbled ball of feel-good flashbacks when a friendship ends because friendships can last a long time and be more emotionally intimate than our partnerships. That’s partly because they come without the strings that can keep us tied to an S.O., like family expectations, having kids, and finances. Those don’t exist with friendships. she adds.

"I didn’t expect to be hurt when one, two, three weeks went by without a response, or when she unfollowed me across all social platforms—even Goodreads."

Even though our dynamic was far from perfect, breaking things off with her felt like an irreplaceable loss. That could be because, when we break up with a significant other, we can always hop back on the dating apps or have our network set us up with someone. But that’s not fully the case with friends, especially close ones you share a long history with.

I also had no idea how to mourn the friendship or the language to fully express what I was going on. In pop culture, we see friend groups coming together after one person goes through a romantic breakup, commiserating over ice cream and Netflix marathons. But we barely see how people approach ending a friendship. Because of this, it didn’t feel like my breakup with Stephanie was worthy of a deeper level of support. It felt like something I should’ve been able to “get over,” so I judged myself even more for not being able to let it go. “Very often [people breaking up with a friend] will minimize their own feelings and tell themselves, ‘I don't deserve to feel this way,’ ‘I shouldn't feel this way,’ ‘There's something wrong with me that I feel this so intensely,’” Dr. Kirmayer says. “That does us very little good in terms of being able to move through those emotions, let alone experience the sense of connection that we so need when we are going through that process.” Though I reached out to a few friends to tell them what happened, it felt strange to need to do so at all.

And then there was the shame over not being able to keep the friendship going, which Dr. Kirmayer says happens a lot. “Friendship breakups are incredibly common and normal and inevitable, but we often personalize that and see it as a failure because it is so unexpected and because it is so uncommonly spoken about,” she adds.

After my friendship was clearly over, I wasn’t sure how long  to grieve. Like all grief, the stages vary from person to person. For me, the post-split period hasn’t been linear at all, and I’m still wondering what the standard healing period is for a decade-long friendship. (If anybody knows, help a girl out!) But I now have a better idea of what a healthy friendship entails, what I value in a friend, what my boundaries are, and the insecurities that kept me in the friendship for so long. This breakup was challenging and the heartbreak was much longer and more confusing than any of my romantic splits, but it’s one of the most empowering actions I’ve taken.

(*Name has been changed.)

In this Article:
#Friendship#Boundaries#Dating#Emotional Health#Grief
Want more mental health advice and relatable reads? Join the club! By subscribing to our email newsletter, you agree to and acknowledge that you have read our Privacy Policy and Terms and Conditions.
More Like This
9  People on How They Deal With Being Estranged From a Family Member
You're Not Weird or Broken If You're Dreading the Holidays
6 Smart Ways to Boost Your Self-Esteem
Keep Reading
Explainer