Is Trauma Actually Stored In Our Hips?

This TikTok trend doesn’t show the full picture of how to deal with trauma. ByJessie Van Amburg 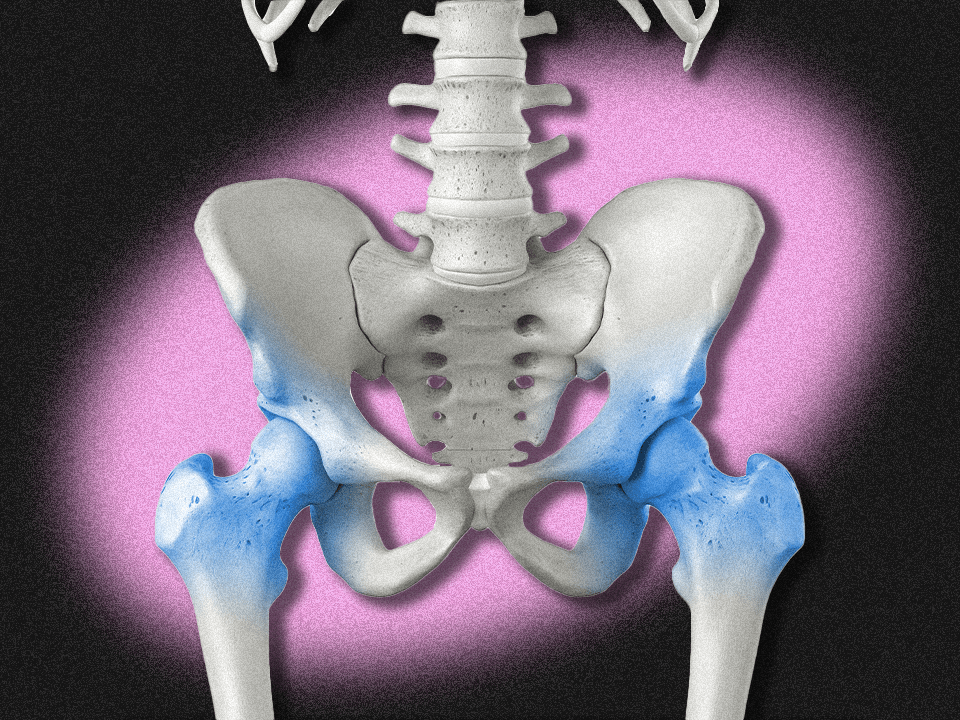 If you’ve scrolled through TikTok recently, you might’ve heard the desperate “where is it?” audio play on loop over a video of a woman struggling to stretch out her hips. She grimaces, lunging deeper into the movement, and the caption reads, “trying to find and release the stored trauma in my hips so I can be healed.” Which, relatable. If you have no idea what we’re talking about, basically there’s been a lot of talk on social media lately about trauma being stored in your hips, implying that you can actually pinpoint it and release it through various stretches.

But, um, are your tight hips actually caused by trauma? And are some very specific stretches really all it takes to heal from trauma? Spoiler: Not quite. Here’s what the experts say.

What counts as trauma?

Basically, trauma is a response to a life-threatening incident (or series of incidents) such as sexual assault or natural disaster, that ”often challenge an individual’s view of the world as a just, safe, and predictable place,” according to the American Psychological Association.

Exposure to stressors like racism, discrimination, or emotional abuse might also result in trauma, says Viann Nguyen-Feng, PhD, assistant professor of psychology at the University of Minnesota-Duluth and founder of the Mind-Body Trauma Care Lab. When someone goes through a traumatic event, whatever that might be, they can enter “fight, flight, or freeze” mode, which is the mind’s way of helping the person survive, says clinical psychologist and racial trauma expert Anjali Ferguson, PhD.

That response is supposed to be temporary but, for some people, it can last, leading to long-term mental health effects like depression, anxiety, mood changes, flashbacks, nightmares or trouble sleeping, and social isolation, per the National Institute of Mental Health (NIMH). A person might also experience dissociation—feeling disconnected from their body or emotions—as a way for their brain to cope with the stress of trauma, according to the International Society for the Study of Trauma and Dissociation.

Sometimes, different combos of those symptoms can stick around, causing a major disruption in someone’s day-to-day life. That might qualify as a trauma and stress-related disorder diagnosis, like post-traumatic stress disorder (PTSD), according to the DSM-5-TR.

But can trauma literally be stored in muscles and bones?

Here’s the thing: While researchers have been studying this for decades, there still aren't a ton of studies to explain why emotional trauma sometimes causes physical symptoms, where it can manifest, or how it might get stored away in the body.

Even the idea of trauma all up in your body is pretty new. Actually, that theory was relatively unheard of outside the scientific community until psychiatrist Bessel van der Kolk, MD, popularized the idea when he published the research behind The Body Keeps the Score in the early ’90s.

Today, experts are studying “embodied trauma,” or when someone has unexplainable physical symptoms that are assumed to be caused by past traumas. Anecdotally, clinical psychologist and dance/movement therapist Ilene Serlin, PhD, says some of her clients who can’t verbally express what they’re feeling or talk about their trauma sometimes experience physical symptoms associated with that trauma. Through her practice, she has noticed clients who are trauma survivors experience seemingly unexplained issues like migraines, rashes, and stomach issues, and later realize they could be processing some kind of traumatic event from their past.

What researchers do know is that the amygdala, hippocampus, and other areas of the brain save emotional and sensory memories (including stimuli you might see, hear, smell, taste, or touch) that can subconsciously influence what people think and how they act in the future, according to a 2011 study on memory and PTSD. And strong emotional memories—like trauma—seem to be stored “even more robustly in the brain than other types of memories,” says Sheila A.M. Rauch, PhD, a psychiatry professor at Emory University School of Medicine and member of the Anxiety and Depression Association of America. In fact, one study on how the amygdala impacts other parts of the brain and memories suggests that amygdala activity spikes during emotional times, which can lead to memories that are higher quality and easier to remember. So, basically, traumatic memories are stored in the brain.

But here’s where the mind-body connection might come into play: Neurons from your brain send signals all over the body, making everything intimately connected, Dr. Rauch says. That means if someone has a memory of their trauma or the memory is triggered, that might spark physical pain or discomfort in places like (you guessed it) the hips or whatever body part might be associated with that trauma. Trauma may not literally be held in that specific body part, but that brain-body connection is a huge reason why people might feel the need to stretch it out, Dr. Rauch adds. Unfortunately, unlike those TikToks imply, “There's no one place you can point at and say, ‘This is your trauma memory, and it's right here,’ or ‘It's in your hips,’ or ‘It's in your arm.’”

That said, some of Dr. Rauch’s clients do have lasting physical pain caused by their trauma, which serves as a painful reminder of what they went through. So, if someone experienced a sexual assault, they might experience pain in the area in which they were attacked. “For some of them, it actually feels like it did at the time of the trauma, so that makes it especially robust and vivid and very upsetting.”

It’s also possible that your body can get stuck in its fight, flight, or freeze response after experiencing trauma. And that continuous release of stress hormones can wear down your body, Dr. Ferguson says. For example, people with multiple adverse childhood experiences (like abuse and neglect) are more likely to have health issues, such as heart disease, depression, and substance misuse disorders, as adults, suggests a 2019 study on adult health issues.

FWIW: Having unexplained pain or tight hips doesn’t necessarily mean you’ve experienced any deep-buried traumas, so talk to a health care provider or physical therapist to see what could be going on.

Movement-based activities like yoga and dance therapy are solid coping tools that can help someone tap into their body and, in turn, help manage their emotions. In fact, Dr. Nguyen-Feng published research that suggests regular sessions of trauma-sensitive yoga plus group psychotherapy improved PTSD symptoms in a small study of female survivors of domestic violence (at least in the 12-week study period)—reinforcing the takeaways of an older clinical trial.

Yoga therapy, in addition to psychotherapy, can help trauma survivors, who are often disconnected from their bodily sensations and can experience anxiety and increased stress levels, Dr. Nguyen-Feng adds. “These approaches to healing have been going on for thousands of years. We’re just finding words to share it in a more Westernized context,” Dr. Nguyen-Feng says

Don’t get it twisted though, this isn’t the same thing as stretching out the trauma. There should ideally be some therapeutic component that helps people work through the trauma that’s stuck in their memory, and the practitioners are also licensed therapists who can use research-backed methods to assist with exactly that.

The bottom line: It’s understandable if you’re hoping that stretching or yoga is a simple solution to a complex problem, especially because traditional mental health care can be intimidating, wildly expensive, and not that accessible, Dr. Ferguson says.

Ultimately, yoga or other physical activities can reduce anxiety or stress that results from trauma, but additional research is needed to support these as stand-alone treatments for PTSD. For most people with PTSD, you’ll also want to incorporate an evidence-based intervention like exposure therapy or cognitive processing therapy, Dr. Rauch suggests. Community support and/or medication are also part of the healing journey for some people, Dr. Ferguson adds.

There’s a lot more to uncover about how trauma affects the body, so if you’re struggling with unexplained pain and discomfort or are experiencing other symptoms of trauma, like mood changes, flashbacks, depression, or anxiety, reach out to a trauma-informed therapist or medical professional.

In this Article:
#Trauma#Triggers#Anxiety#Health#Therapy#Stress#PTSD#Mindfulness
Want more mental health advice and relatable reads? Join the club! By subscribing to our email newsletter, you agree to and acknowledge that you have read our Privacy Policy and Terms and Conditions.
More Like This
How to Actually, Finally, Truly Set Some Boundaries With Your Family This Holiday Season
Just Some Really Smart Ways to Make Work Less Stressy
17 People Share the Best Things They Learned in Therapy
Keep Reading
Explainer